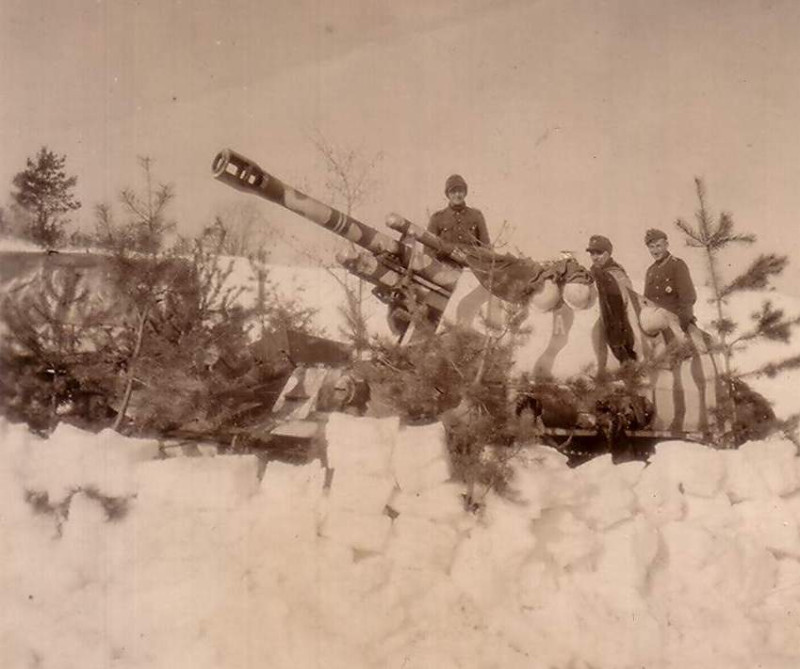 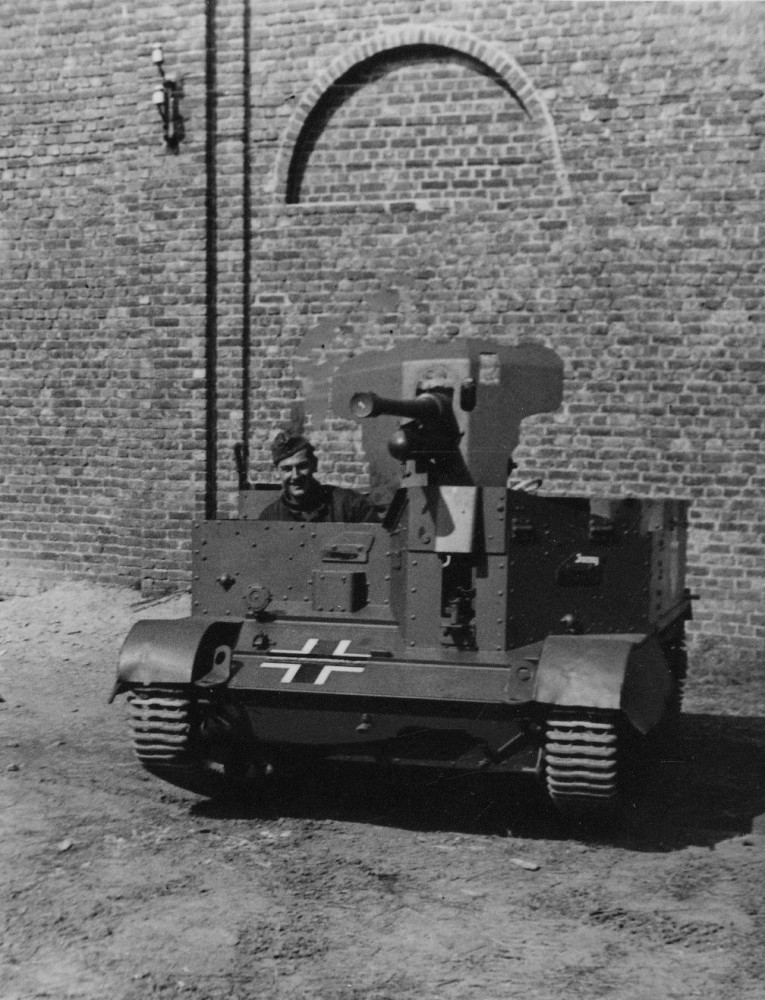 On September 13, 1942, the German attack on the inner defensive belt of Stalingrad began.
The further the Germans advanced into the city, the fiercer became the Soviet resistance. 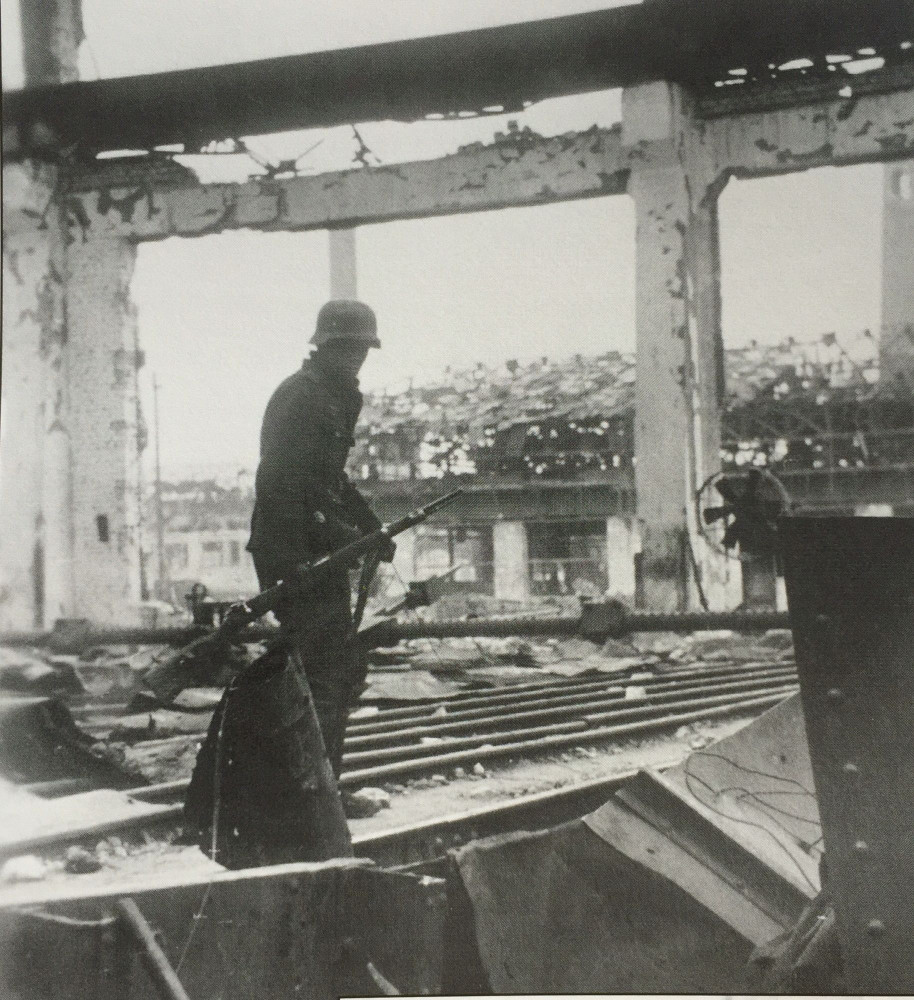 A soldier picks his way through the chaos of Hall 7. This photo was taken looking back toward German lines.
In the background is Hall 6, where reserve positions were set up and held by units of Infanterie - Regiment 212