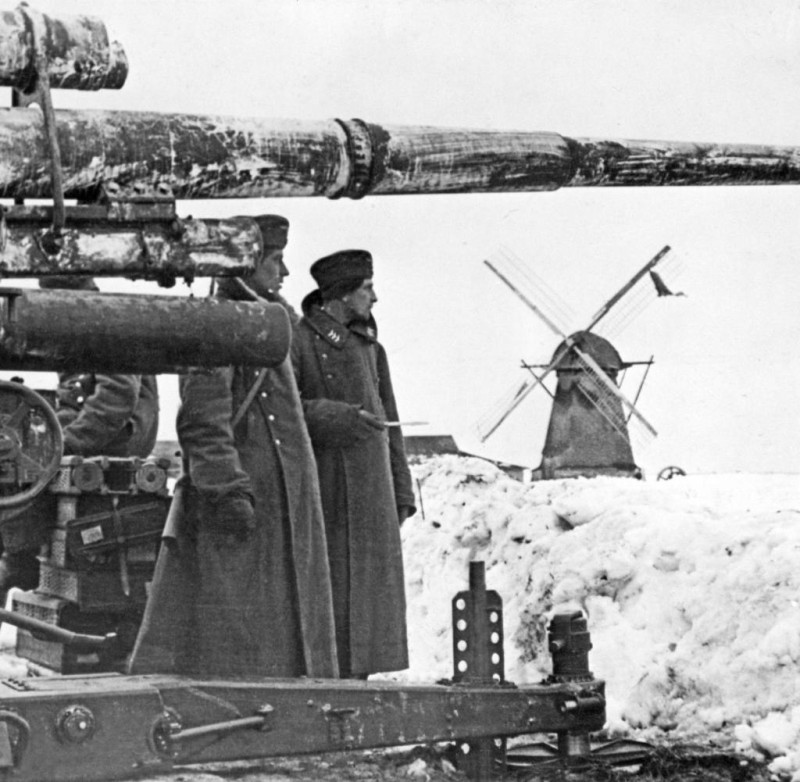 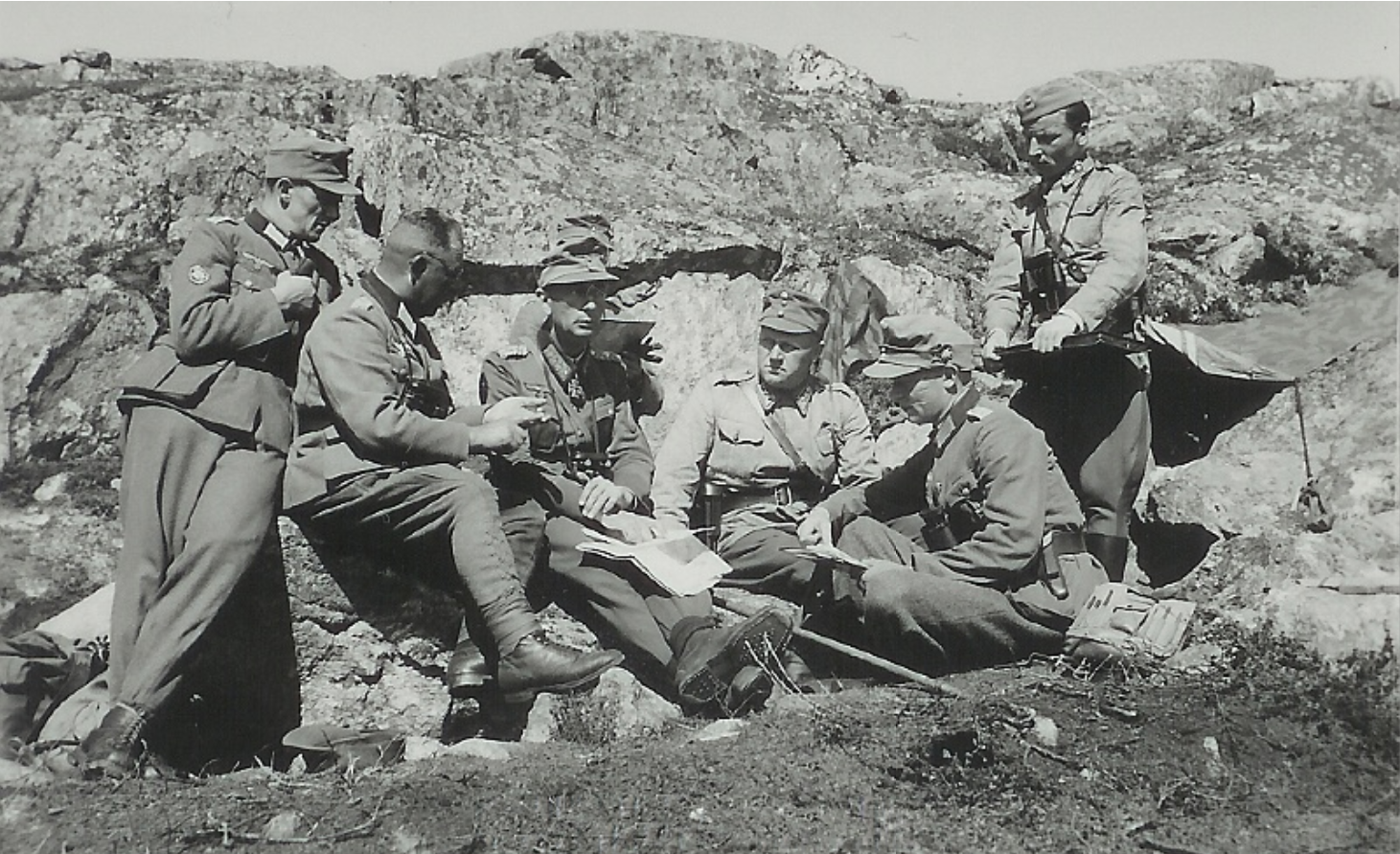 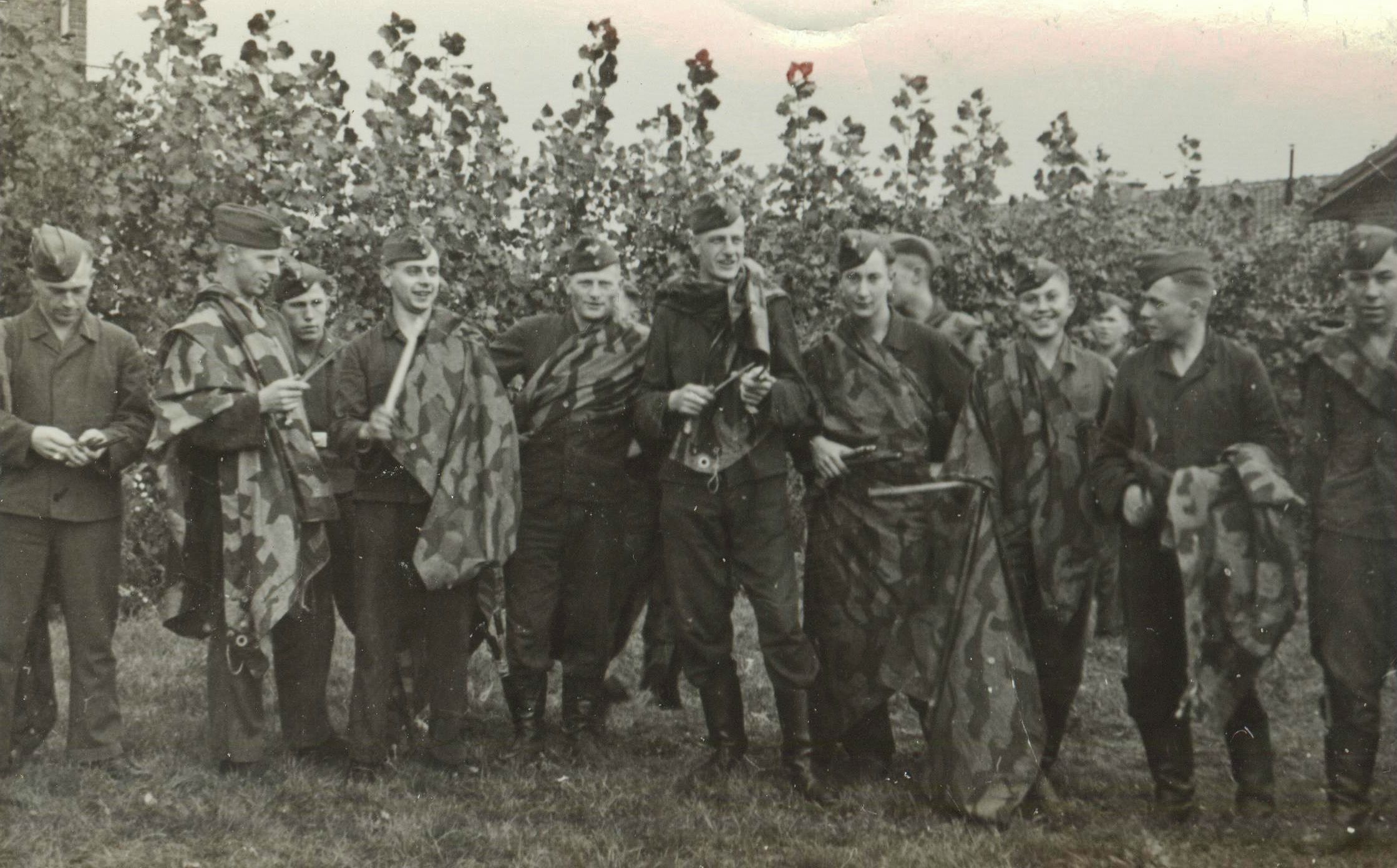 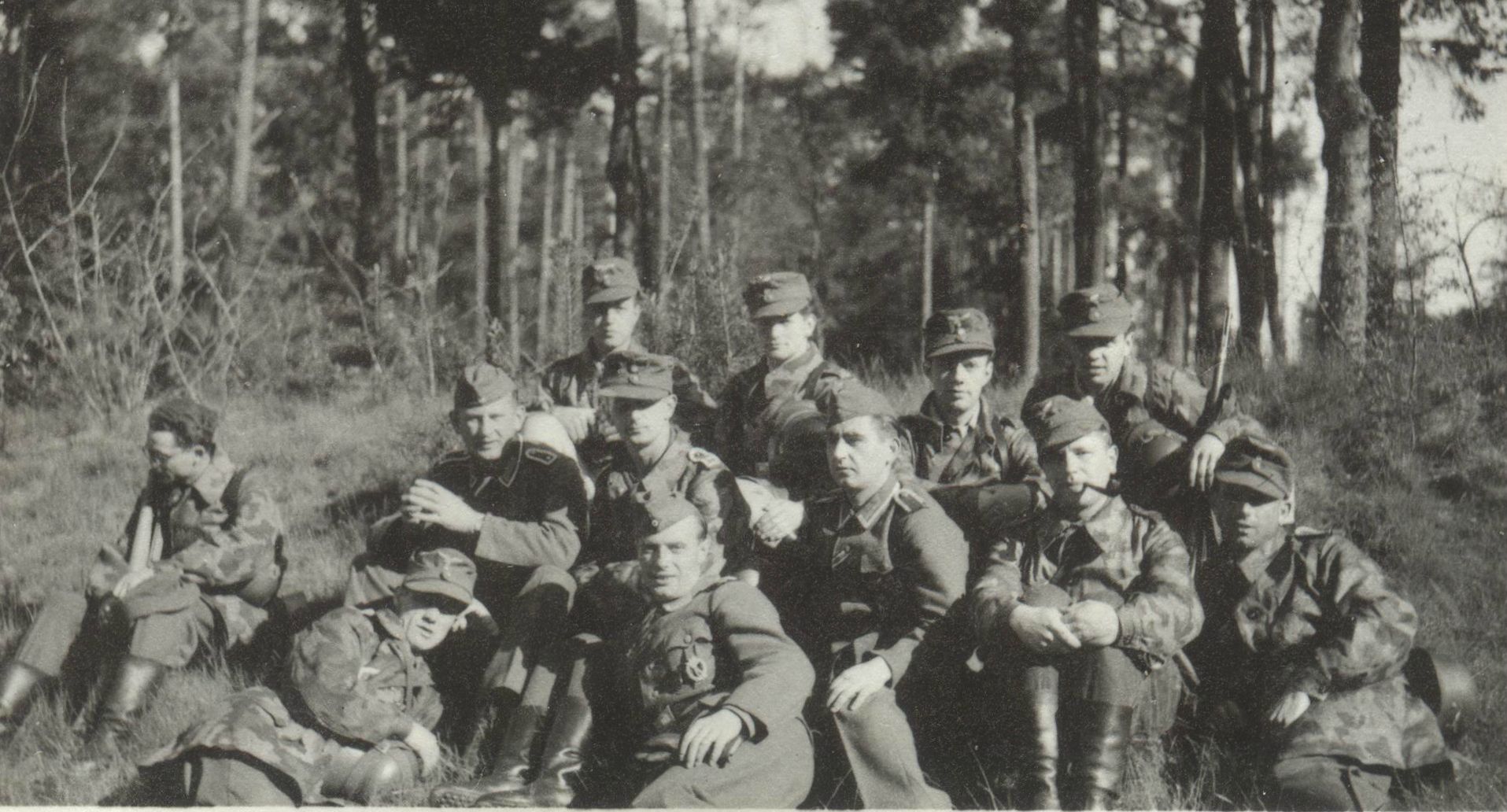 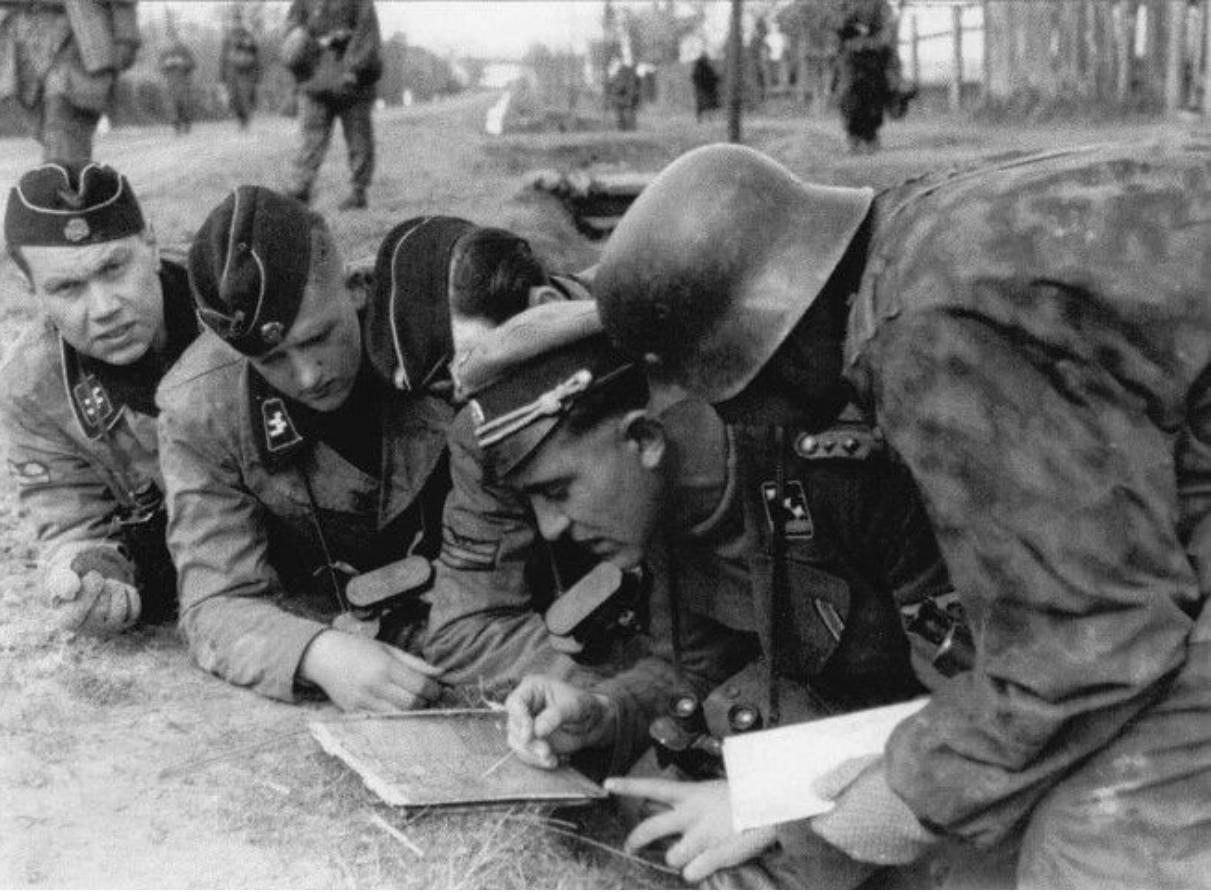 Soldiers during a mission briefing, Hungary, 1945. A grenadier of the Waffen SS (right) and tank soldiers bend over a map before their mission. The photo was taken during the combat of the last German offensive on Lake Balaton in Hungary in 1945 and shows the soldiers of the 6th SS tank army in Hungary.