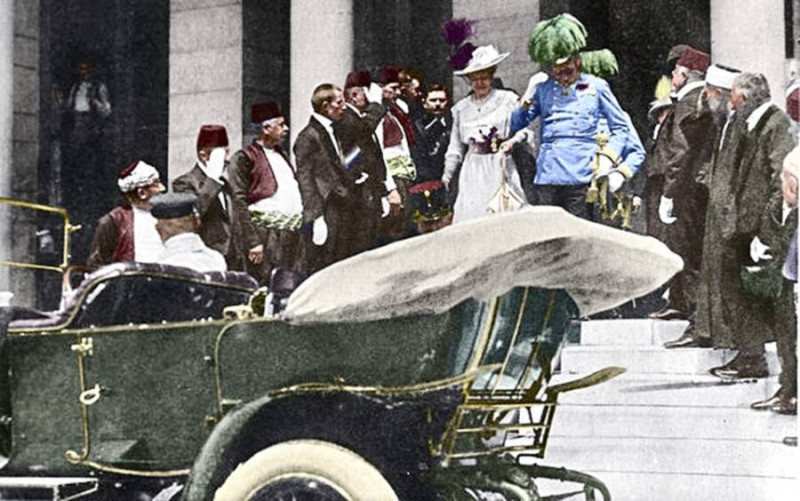 Archduke Franz Ferdinand of Austria and his wife, Sophie, leave the Sarajevo Guildhall after reading a speech on June 28, 1914. Five minutes later, they were assassinated. Their assassination precipitated Austria-Hungary's declaration of war against Serbia which later kicked off World War I.