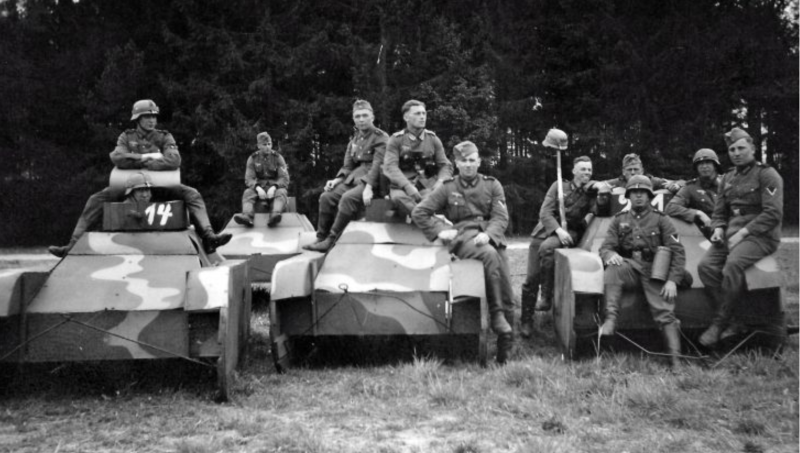 German tankmen of the Nazi Panzerwaffe are photographed on wooden models of tanks during training sessions. 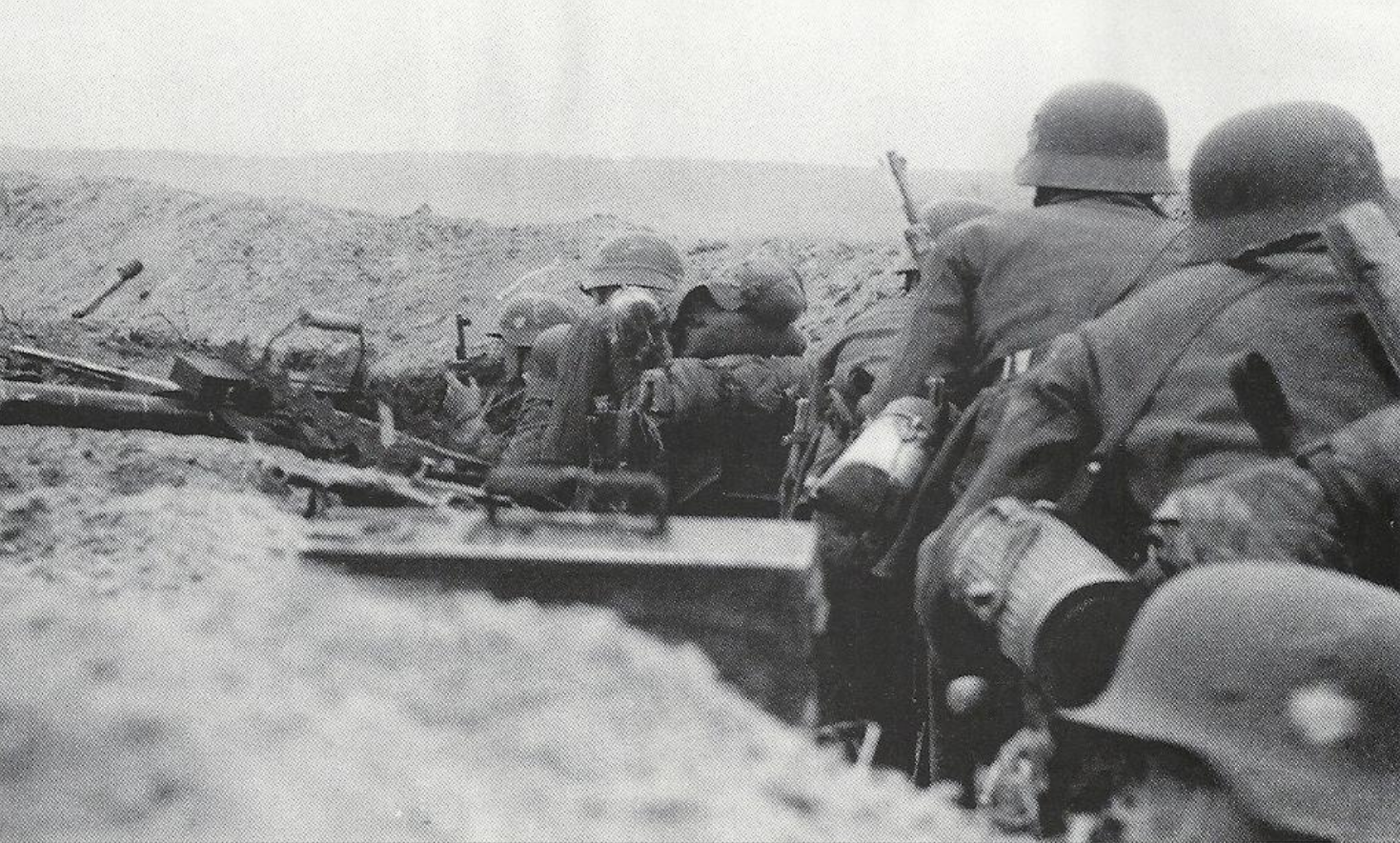 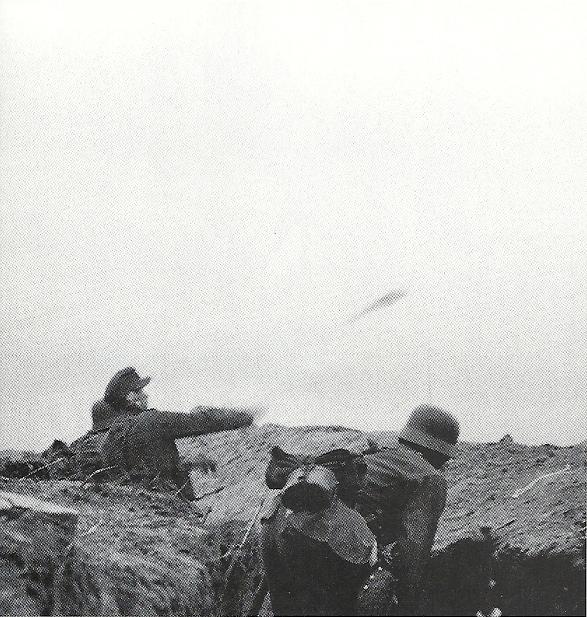 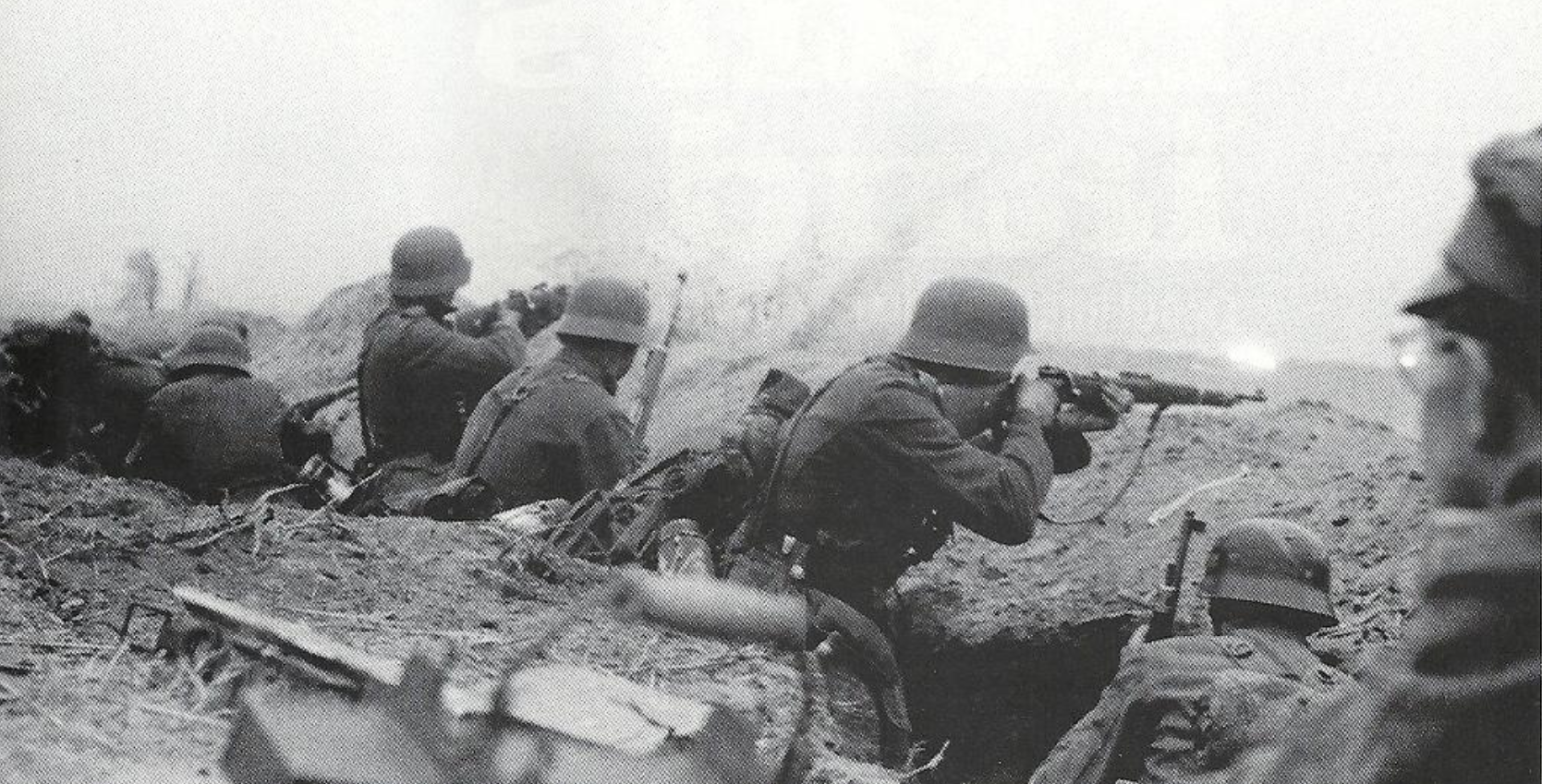 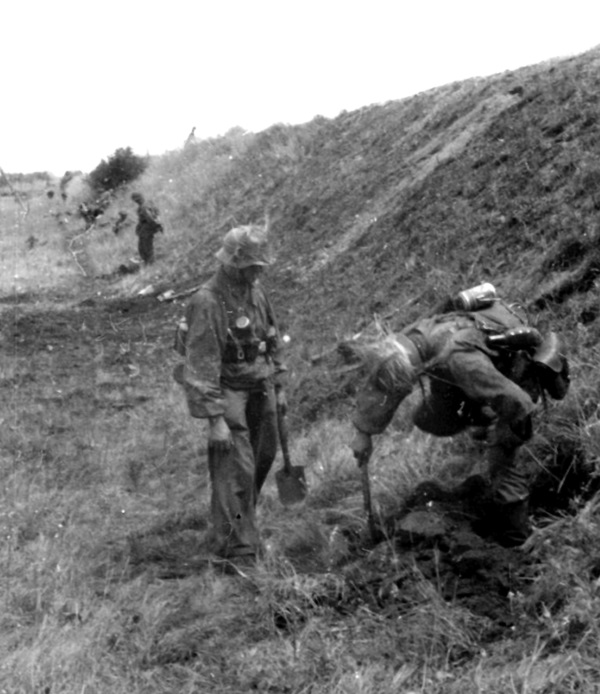 Grenadiers of the SS SS "Leibstandarte Adolf Hitler" are preparing positions near the railway embankment in the area of ​​Art. Prokhorov. July 1943 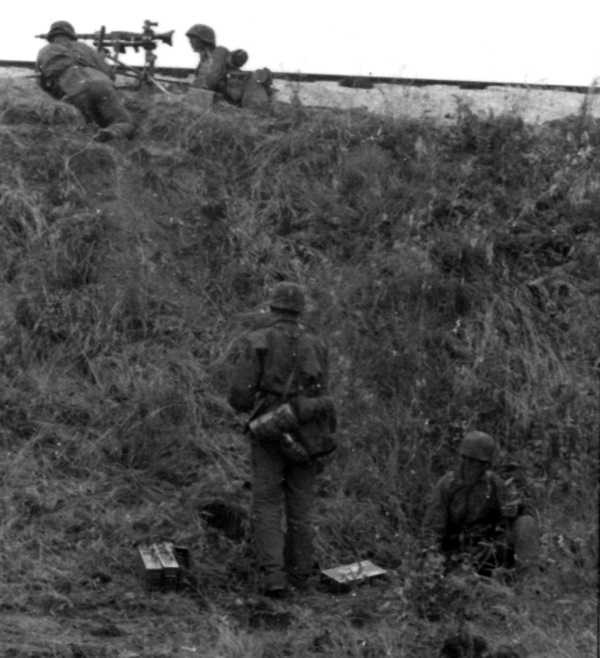 The machine gun crew of the SS "Leibstandarte Adolf Hitler" is preparing to repel an attack near the railroad tracks near the station. Prokhorovka July 1943 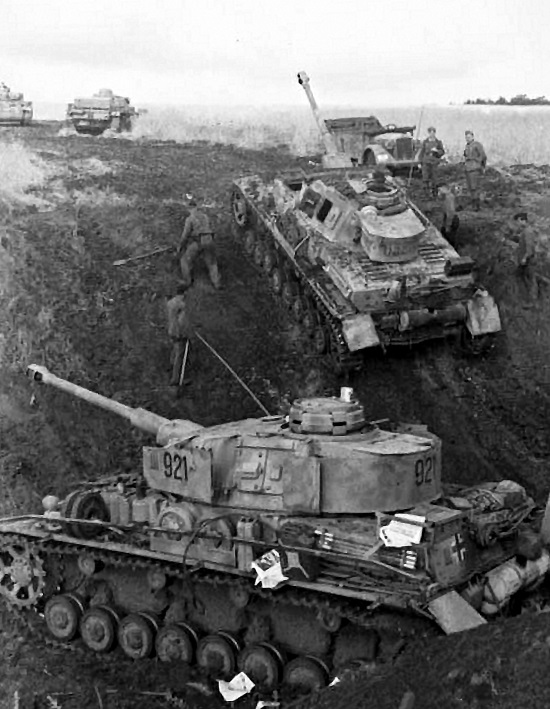 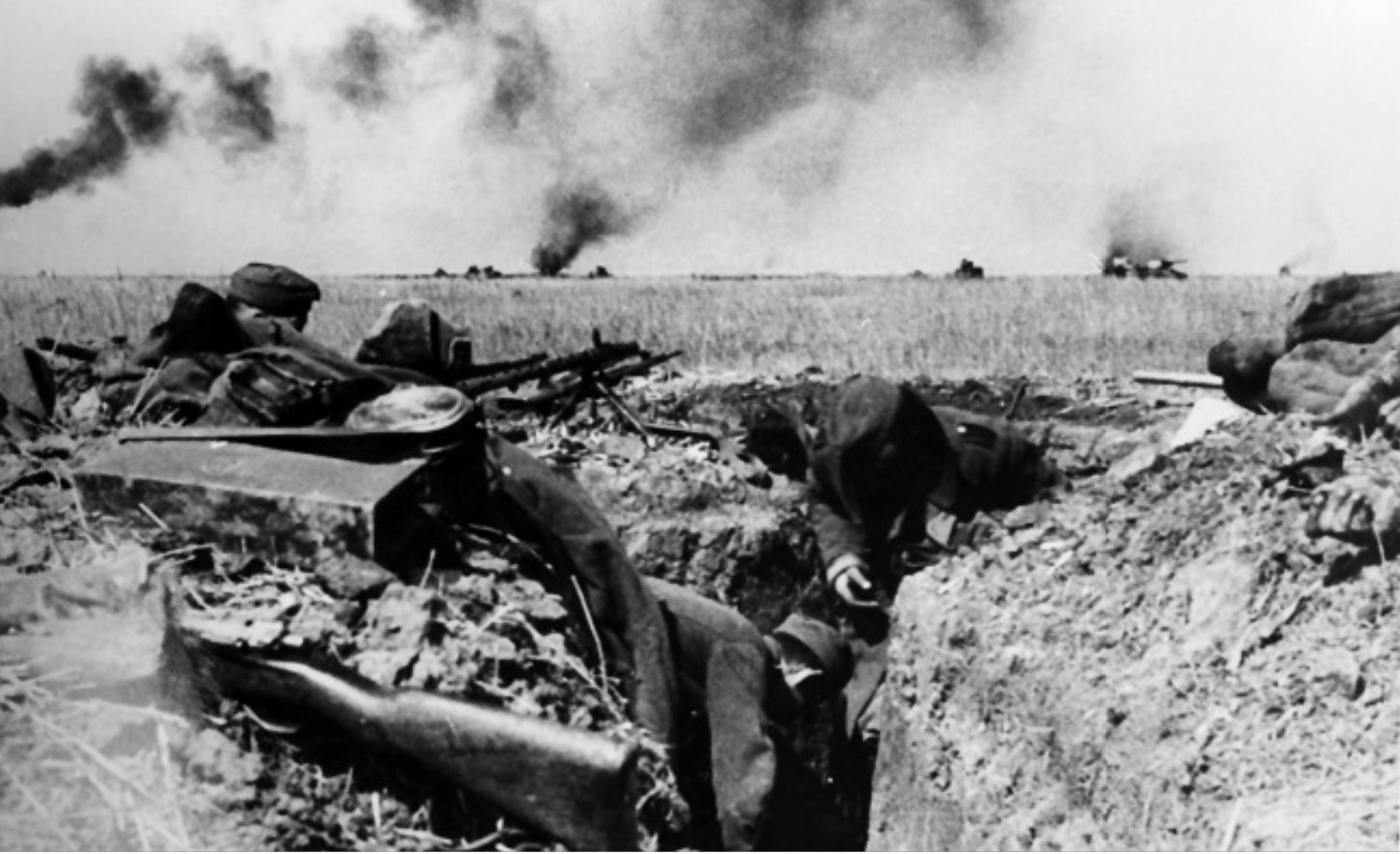 In the trench of the units of the 167th Infantry Division 4TA during the attack of the brigades of the 2nd Guards. Ttc. In the distance you can see a group of thirty-fours.  July 1943 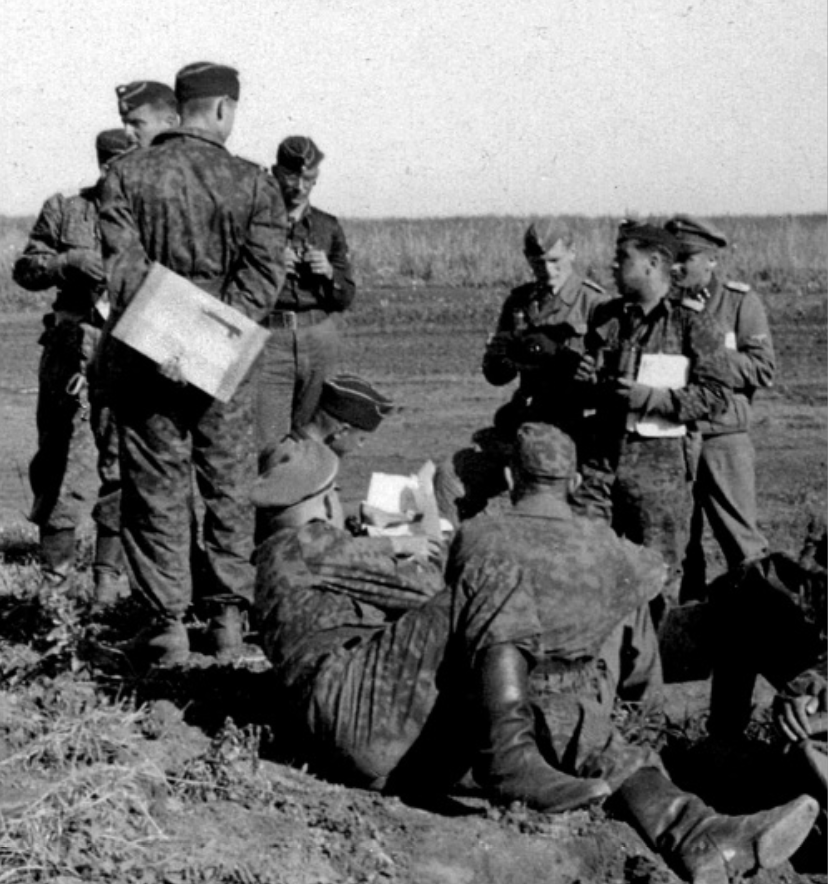 A group of officers of the tank regiment of the SS SS "Leibstandarte Adolf Hitler" in the area of ​​Prokhorovka. The fourth from the left - holding the binoculars - commander of the 7th company R. von Ribbentrop. July 1943